Because it would win so it's no fun

The Arts / Re: Currently/just finished wa...

This one...kinda means a lot to me, but I think people's mileage will vary. This is one of P.A. Works' "working adults" anime series, alongside Shirobako and Hanasaku Iroha. Whereas Shirobako is about the working lives of people at an anime studio, and Hanasaku Iroha is about maid service, Sakura Quest is about working for a tourism board that is struggling to revive a small town with a shrinking, aged population. It's about a lot of things that mean a lot to me. Like what it means to live in a rural place where everyone kinda helps everyone else. Or what it means to be stuck living in a small town of unchanging ideas and stubbornness. What it's like to live a life of unfulfillment and anxiety and settling on work, abandoning your dreams. Or coming to terms with your failures and re-evaluating those dreams. The sheer difficulty of navigating life in your late twenties and your thirties.

I loved it, and I highly recommend it. Most people seemed to like Shirobako more. Maybe it is a better show, I don't know, but I also don't think I care - I have to admit I love stories about towns like the one I grew up in.

Also the visual design is great. The main girl, Yoshino, is incredibly cute. The OPs and EDs are all really fucking good too. 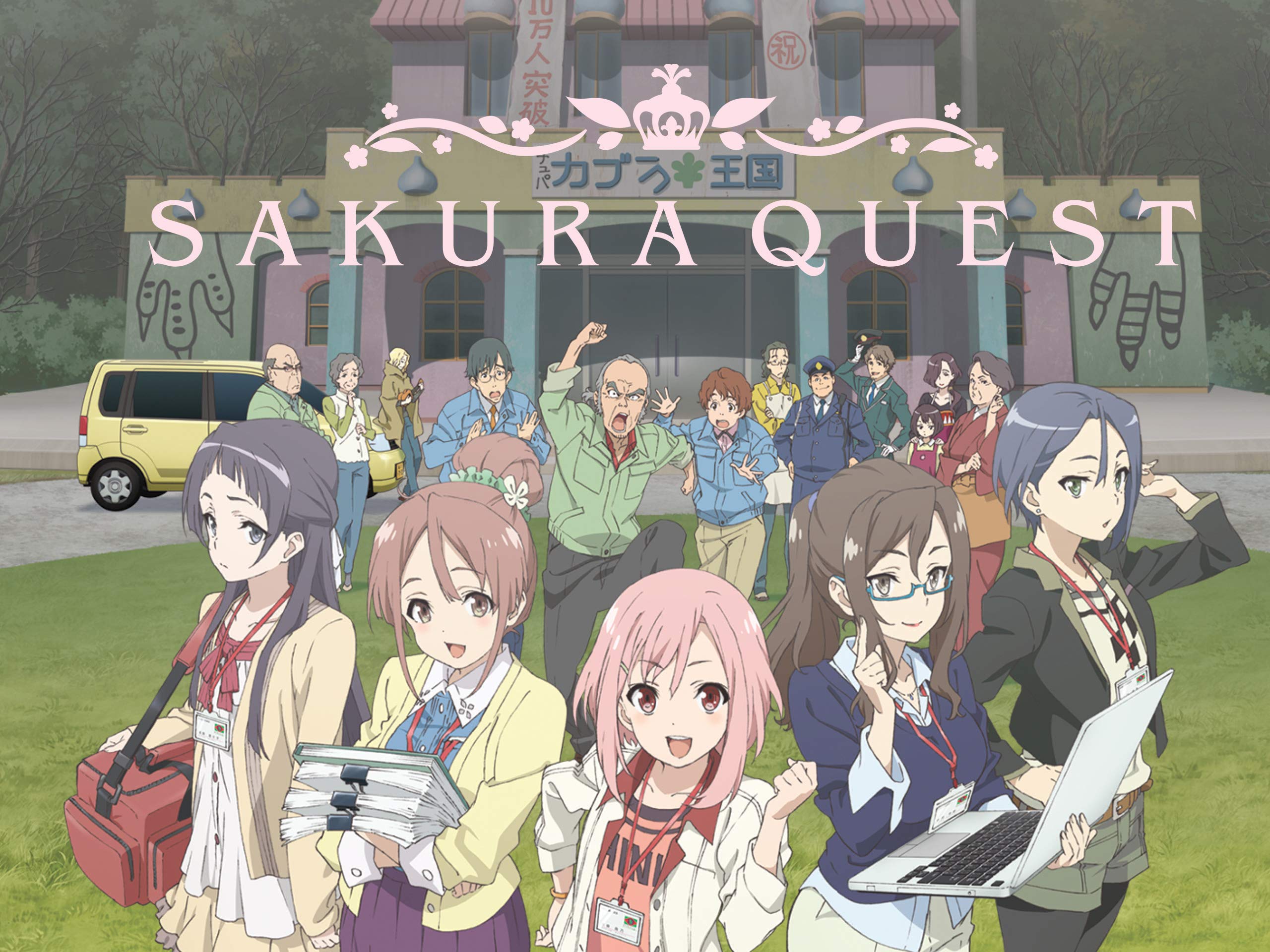 So, this is kind of a...modern re-imagining of the classic Dororo manga by Osamu Tezuka. Yes, that Tezuka. The story of Hyakkimaru, a young man with prosthetic limbs, skin, eyes, just about everything really, on a journey to get his body back, by slaying the demons that stole it. Piece by piece. Also Dororo is there - a scrappy small girl who sticks to Hyakkimaru's side because why not. This particular version of Dororo, while telling roughly the same story, is much more violent and much more about the moment-to-moment action and demon slaying. It's quite nice visually most of the time, although in some ways not anything too special either. I guess that's how I feel about Dororo as a whole, actually. There is not a lot here to set it apart from other action seinen other than the character of Hyakkimaru and his insistence on sticking to his goals no matter how selfish they may seem and how many people he may hurt along the way - he will take back the body that was wrongfully stolen from him, no matter what.

I think the whole reason they made this show was to capitalize on Demon Slayer's success. While not as stupid as DS in a writing sense, Dororo does meander a lot - that's the primary writing sin it commits. It just...meanders, quite a bit, but without most side-stops having much meaningful to say about anything, which just makes me wanna get to the climax. Which is...not great. So while the general writing style and character depth of this anime is on a level that DS will never reach, DS is also a lot more fun and much prettier to look at. As much as I fucking hate Zenitsu in DS, it's ultimately still an almost-great show, and I guess Dororo is too. They're ultimately on pretty equal footing - not great, but more than just solid.

The manga, not the anime. I read manga too sometimes! Crazy! This is by Natsume Ono, who also created the wonderful Not Simple manga series. Ono's art is unusual - her characters are lanky, very simply drawn, with features underdrawn or even missing if they're not important to a particular panel's expression, and they have large, soulful eyes. The background art is also very simple, typically lacking in any detail that Ono deems unnecessary, but like her character designs, her background art is also shockingly expressive for how simple it is. The art style may be hard for many to get used to at first, but trust me when I say that Ono's art is a prime example of less being more.

This is a striking tale filled with well-crafted, multi-dimensional characters. None of the titular Five Leaves are who they appear to be on the surface, and each of these criminals have their own multitude of reasons for sticking to the life of crime they lead. Yes, this is a story about crime - a kidnapping ring in classical Edo. Though the manga is relatively short, spanning just 57 chapters, it is also a slow and methodical burn that explores its characters fully, and takes time to meditate on their actions as well as those actions' consequences. The protagonist, Masa, is undoubtedly the most fascinating, a samurai with extreme social anxiety who learns to stand up for himself and live as much in the present as he can...from a band of criminals he comes to associate with.

The pacing and the deafening quiet of this manga can be compared to the likes of Cowboy Bebop or Samurai Champloo - it is rather obsessed with ruminating as much as possible. And it's all the better for it. Many of the characters in this manga say more with their silence than with their words. And they do say quite a lot. This is a story about family, about found family, about revenge, and about fear. I highly recommend it.

There's an anime too, but I don't know much about it. They did try to capture the basic fundamentals of Ono's art style though, which is neat I guess.

The Lobby / Re: Whose Birthday Are It

feels like my stomach is gonna implode sometimes tfw
7

Last post by ME## - Yesterday at 06:26:33 PM
I fall into the pool--hoping that my head will ricochet off the edge and my family will secure a nice settlement from the operator for failure to maintain its equipment
Pages1 2 3 4 5 ... 10